A Pain in the Agile Seating 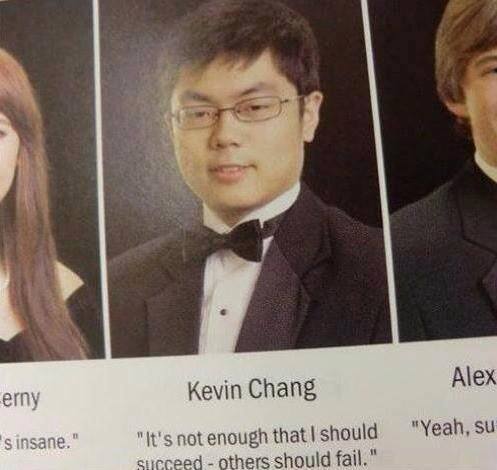 Since the beginning of the Industrial Revolution until about 1956, the US economy produced more goods than services. Most jobs were unskilled or semi-skilled assembly line labor on the factory floor, the rail lines, the steel forges, behind the cash registers, or deep in the mines. The management insights of Henry Ford and other industrialists transformed our agrarian economy and built immense wealth, shared with a large middle class they created, the remnant of which persisted for generations.

Executives, managers, lawyers, engineers, accountants, etc., along with other professionals and entrepreneurs such as doctors and professors had offices. If you had professional skills, education, or leadership ability, it was possible to evade blue-collar work and join the professional class. Your office was both a functional workplace and also perhaps a symbol of your plan for further success and authority.  "I have my own office!" was not taken as a statement protesting one's working conditions.

A fundamental characteristic of civilization as discovered by archaeologists excavating the oldest Sumerian and Hittite settlements is the evidence of marked social stratification.  The rise of civilization replaced the prehistoric ethic of egalitarianism with one of order.  This was probably a prerequisite for the development of many other technologies, since hierarchical social order provides the ability for rulers to direct labor and resources toward the achievement of definite goals. Society and its labor, divided into classes, has been an indelible marker of the Western tradition for millennia.

From the ruins of our cultural past, uncovered in the sands of Mesopotamian deserts and Anatolian tells, we can discern both large mansions and tiny habitations-- clear signs of the presence of privilege and hierarchy. The direct analogue in the traditional workplace was that executives and professionals worked in offices commensurate in size and luxury with their authority and responsibility.

Even by 1956, the corporate office culture that had evolved was the result of over a century of trial and error. A corner office overlooking Central Park or its equivalent, was as much part of the American Dream as any other status symbol. It was a motivational force that separated the American way of life and its incentives from, say, the Soviet way. But even there, it's known that important Party bosses and mayors were rewarded with impressive offices, mostly designed to signal authoritarian State power.

The personal office is also functional.  It provides privacy, aesthetic familiarity, space, and the ability to limit or control social interaction. Any effective substitute for the traditional office must support similar functions.  But in the psyche of the most ambitious American professionals of the power elite, the office could serve as a status symbol of the authority due its occupant.  What will replace that? A new culture?  I think that's a goal better left to sociologists than business managers.

Martin Fowler, well known computer scientist (and amateur social theorist) has for decades been the key inventor of, or contributor to some ideas in the history of our industry that haven’t aged well, such as UML and eXtreme Programming. He is also credited with (or takes some credit for) the idea of Agile Seating. I will soon suggest that this most egregious of his inventions has wrought untold horrors upon an unsuspecting and compliant software developer.

Consider the panopticon, a 19th century innovation in prison design. While excellent for purposes of surveilling criminals, improving their morale was never one of its key objectives. In this scheme, there is a central watchtower encircled by many levels of prison cells. A small number of guards can thence monitor thousands of cells simultaneously. In fact, if the windows of the central tower are darkened, no prisoner can know exactly when he is being observed, and should therefore assume he is being monitored at all times.

Now let’s use a thought experiment to compare this prison design to the Agile office seating arrangement. The newly arranged office floor can now accommodate many more workers than it could before, the arrangement vaguely suggestive of pig troughs. To what extent Martin Fowler eats his own dog food over at Thoughtworks, who can say? But I’ll suspend my disbelief for the sake of argument, and do some “hard time” with Martin in the panopticon he dreamt up just for you and me.

Let’s imagine that I want to talk to Martin. At any time, I can tell whether he’s in the office just by standing up and peering across the room. Let’s say I can see that he’s walking toward his workstation, but I can see that someone else is too, who also wants to talks with him. I figure he’ll be intercepted by this other person before I have a chance to dash over there. I know I could quickly pick up my phone and dial his desk while he’s still walking toward it in an attempt to preempt or interrupt that impending interaction. But I also have the option of surreptitiously observing the conversation from afar if I think it valuable-- the interaction, his demeanor, its duration, etc.

But since I have other work to do which I need to complete without interruption, my idea is to put on some conspicuously large headphones, optionally attached to an audio device, in order to signal that I’m indefinitely unavailable (or definitely unavailable), and then also be impervious to phone calls. But I know this desperate move is not without its own social consequences, and that nothing can prevent the truly determined and impatient from sneaking up behind me. With my nerves on edge, a mere tap on the shoulder could launch me skyward and into cardiac fibrillation.

But not so with Martin. Let’s assume Martin, like many others, doesn’t ordinarily employ any coping tactics like headphones or faux conference calls. The more productive and knowledgeable Martin is, the more his time and advice are in demand from his team and anyone else in the panopticon. But this in itself won’t be enough to immediately crush his spirit. Of course, that will take years of incremental immiseration.  There are few places to hide, but he will find them if he’s able-- an empty conference room with the lights turned off; or maybe he’s in a stairwell taking a personal phone call or having a discussion which, in more primitive  and unenlightened times, he would have had with his office door closed, but the office doors were all removed years ago.

What if software development isn’t really the “intense exercise in collaboration” that Fowler reckons. Sometimes it’s just cranking out lots of code or learning an API. And whenever it does get interesting in terms of design and architecture, that’s exactly the time we want a “safe space” conducive to individual research, thinking, and planning without interruption and unsolicited advice, just until that time for that advice is convenient. Of course, there is a time for collaboration and brainstorming. That time is not all the time.

If you’re still not persuaded by the objections made against Agile seating so far, consider how the virus epidemic of the current year has already impacted the way we work. Remote work and video conferencing will continue to increase. If you thought that traditional office spaces (i.e. cubes, offices, and conference rooms) were outdated, imagine how quaint the prospect of working in the shared team petri dish is going to seem by comparison moving forward.

The concept of Agile office layout and seating idea is rational. It has an eye toward addressing obvious problems, without giving due consideration of what is unseen and the less obvious tradeoffs that will be required to implement it. It cannot really be the result of a set of lessons learned from the Industrial Revolution because that era was the most productive and prosperous in history.  If you claim you improve on that, who should believe you without scientific studies and empirical data?

As a rational idea, it suffers from the same disadvantages as all other schemes which have not evolved naturally over years of practice and testing. Ironically, Agile office layout seems like just another style of organization and management, no less inflexible than that of the traditional office, but lacking all the charm. That it’s a even new idea is controversial.  Frederick Taylor, a leader of the Efficiency Movement that sought to eliminate economic waste, designed early open-plan offices over 100 years ago.  Could it be rather that it’s not a new idea, but an ancient, failed idea, reinvigorated and assisted by new technology?

The traditional office, for the many reasons already discussed, is a time-tested approach. It survived the Spanish Flu. It built US economy. The traditional office, for what it’s worth, is not a glorified warehouse with a ping pong table, and that sounds like a bus terminal. It is a highly cohesive collection of smaller offices designed for use by individual humans who spend a large part of their waking day there.

You might not believe it, but the traditional office really is the way things used to be. But over the past decade or so, we watched as one short-sighted experiment and ill-conceived change after another replace it. Too often, companies started following trends and imperfectly mimicking whatever it is they saw other companies doing. But the changes have gone too far. How else to describe these changes and their disastrous consequences than a plague? And how anti-fragile and “agile” did they show themselves to be when faced with real external challenges? How well did your “modern” office handle the new reality of social distancing?

If you're like many, you'd have to admit, not well. Executives who long ago ordered that offices and cubicles be cleared out, threatened their ability to continue doing business, even if these open layouts weren't intentionally designed to permit exotic plagues to spread like fire through atavistic halls in the name of teamwork and collaboration.  The point is that every decision can have unforeseen consequences.  It true that the cubicle is an often ridiculed and loathed feature of the modern office.  But you might not have suspected that as they were taking away your cube, they meant to replace it by an even more sadistic nightmare.

Did they forget that you have social, cultural, and psychological needs and tendencies stretching back thousands of years? Didn’t people genetically identical to you manage to build and advance Western civilization without “overflow areas” and “breakout zones?” They even had office doors.


I recently read several articles about how the traditional office is “dead,” how the Agile Office Layout reinvents many old wheels, and why new wheels are always better than the old ones the authors summarily ignore or never even knew existed. Whether working from home or remotely, a developer should have an office-- every developer from a summer intern to the CEO.